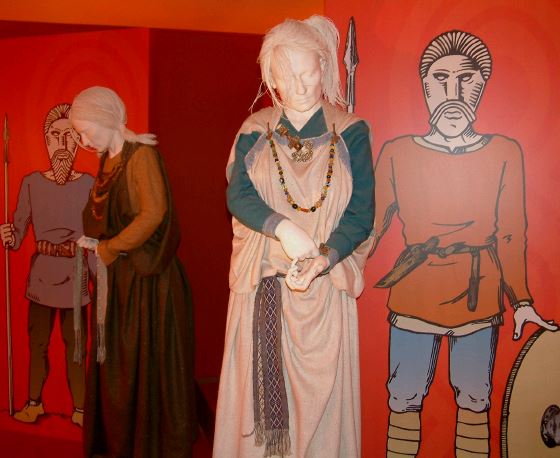 The West Stow Anglo-Saxon Museum and Gallery features an exhibition of objects and artefacts found at West Stow.

The Anglo-Saxon people who lived on this settlement are represented through a variety of displays which tell the story of how they lived and worked using the jewellery they wore, the tools and weapons they used and the items they were buried with.

These objects from the site, along with some from the local surrounding area, are showcased to highlight the culture, beliefs and daily lives of the Anglo-Saxons in an educational and informative way. There is also the chance to dress like an Anglo-Saxon and wear the helmet of a warrior with interactive exhibits. The story of the site unfolds as you walk the galleries, bringing to life the people of the village settlement which existed 1500 years ago in the Lark Valley.