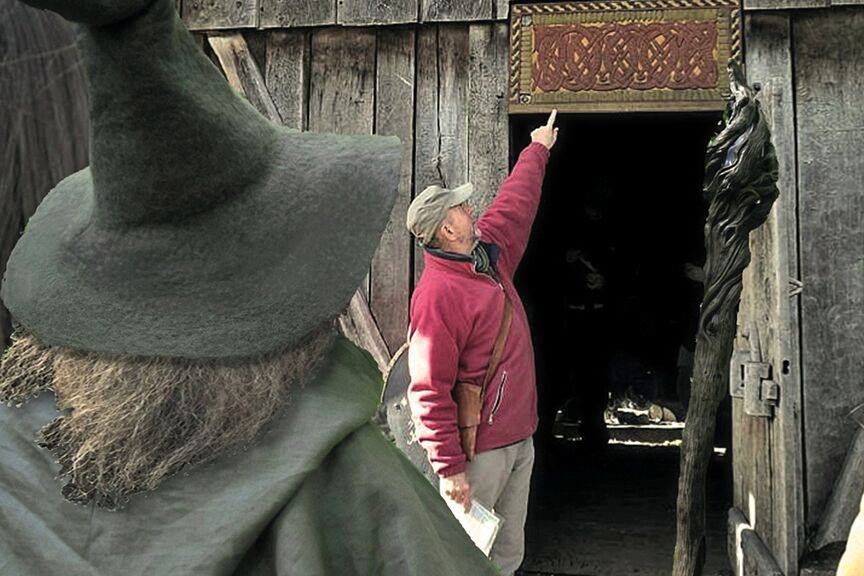 Ring Quest 2020 is just around the corner. We catch up with Alan Baxter from Arnor Heritage projects to find out more about the event taking place from Saturday 15 February 2020 to Sunday 23 February 2020.

What can we expect from Ring Quest 2020?

The main difference in 2020 will be that there are two opportunities to really delve deeply into the world of Tolkien’s Middle-earth at each end of the event.
On Saturday 15 February and Sunday 23, the Real Middle Earth talk and tour will be offered in the afternoons as an extra for enthusiasts. We are running two talks as so many wanted to take part last year.

Also, on the first weekend of Ring Quest we hope to have some more Middle Earth characters in the Village. Elves and warriors of Middle Earth from the Ormsgard re-enactment group will be with us. But the main part of the event is always the Ring Quest challenge itself.

For those that haven’t been before, how would you describe Ring Quest?

Ring Quest started in 2002 because people were very keen to get outdoors in February half term. Ring Quest, with its Tolkien inspired verses, runes and hidden words is a great way for all the family to enjoy an outdoor activity together.

The Tolkien books and the films have made the fantasy world attractive to a very wide audience and more recently the ‘Game of Thrones’ popularity shows we still enjoy fantasy, dragons and magic.

Those who take part in the adventure have to follow clues to find runes, which in turn can make a ‘word of power’. One set of clues is in the world of men, in the Anglo-Saxon Village, the other set is in the world of Elves and Dwarves in the Country Park – both sets need to be found and that takes about an hour each.

In addition, there is a small exhibition in the visitor centre, a Hobbit hole, information boards around the site, Mirkwood full of huge spiders, a dragon and Halbarad, a Ranger of the North who can help you improve your archery. Sometimes an Orc visits!

What are the main links between Lord of the Rings and the Anglo Saxons?

Tolkien was a Professor of Anglo-Saxon language and an authority on Beowulf and his world, so it is not surprising that his writing is full of references to this past pagan world.

He was aiming to restore this English mythology which was destroyed when the Normans won the Battle of Hastings. You may be surprised to hear that he attributes his inspiration to an Anglo-Saxon poem which mentions a place called Middle Earth. Some of Tolkien’s key characters speak Anglo-Saxon and whole chunks of the Beowulf story can be found hardly changed in ‘The Lord of the Rings’.

Orc, Ent and Elf are all Anglo-Saxon words from Beowulf. Tolkien takes aspects of the Anglo-Saxon world and enhances them for his writing, there are lots of other examples highlighted in the Real Middle Earth talk and tour.

Can you tell us a bit more about the fan film that was created at West Stow and why they decided to film there?

West Stow was used as one of the key locations for the ‘Born of Hope’ fan film, which follows the story of Aragorn’s father and Aragorn’s childhood before he is taken to the Elves. In the fan film Aragorn is born at West Stow! The Anglo-Saxon Village served as the location for Taurdal, a Dunedain Village, because its wood and thatch reconstructions were perfect for Tolkien’s early medieval world.

The Dunedain are Aragorn’s people, also called Rangers of the North, who are the ‘line of Kings’ who will eventually rule Middle Earth but are continually hunted by the forces of evil in the form of Orcs in this film.

‘Born of Hope’ was released in 2009, it runs for about an hour and can be watched online. So far nearly 50 million people have watched it. We were especially pleased last year when the actor who played young Aragorn came along to our Real Middle Earth tour and talk.

To find out more about Ring Quest, visit the What’s On West Suffolk website.